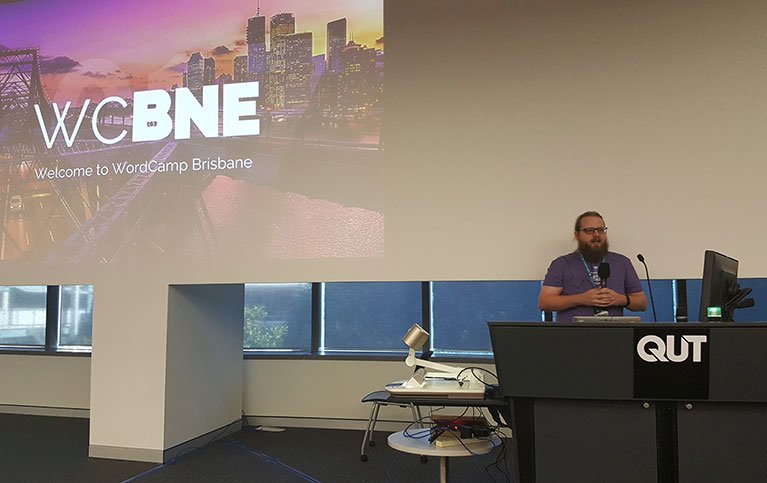 I was lucky enough to attend my first ever Wordcamp this weekend, held at the QUT next to the Botanical Gardens in Brisbane.

For those of you that don’t know Wordcamp is not a spelling convention but a conference that focuses on everything to do with WordPress. The events are informal and community-organized events run by volunteers and sponsors. It is a great opportunity for casual users and business owners to mix with core developers, participate, share ideas, and make friends.

I was slightly gutted I was missing Bristol’s first ever WordCamp, so as soon as Brisbane announced they were having one this year I snapped up a ticket. On arrival you are given a badge and a free T-Shirt before joining the queue for free coffee! After a brief introduction from the organisers, there followed a series of talks on a range of subjects throughout the day.

James Banks from Web3 kicked off the conference with an informative talk on how to scale your WordPress business. There were some handy tips on how to manage and delegate your time as well as some recommendations to improve the sales process. Following this Peter Shilling went in to detail on domain names and DNS before we broke for morning coffee. 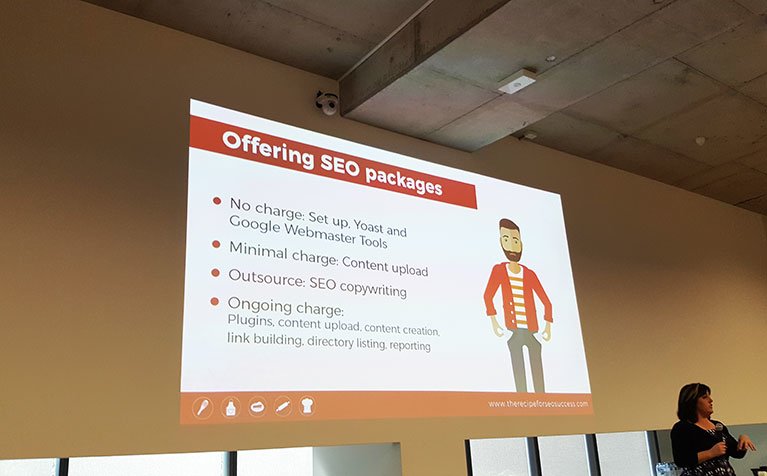 After refreshment, Kate Toon gave us some handy SEO tips for optimising your website on Google before an interesting talk on remote working. The afternoon sessions started with Bronson Quick running through how to set up a consistent development environment on Chassis and Peter Bui on working with overseas developers. The final session of the day I caught was on how to use Google Analytics correctly to aid your website conversions.

In between the talks, it was great networking with other WordPress people these ranged from developers, marketeers, business owners to designers. This then followed on to the evening with a networking after party which included some obligatory games of pool and a guy who balanced a bottle on his head the whole evening.

Sunday followed on from the success of Saturday with talks on project managament, user-centered design, WooCommerce development, REST, creating online courses and developing for the customiser to name but a few.

If you are a WordPress developer or a business owner I would thoroughly recommend attending a Wordcamp in your area when you can. The events cover all aspects of running a website and a business so there is something for everyone. As for me? I filled up two notebooks, made some new friends and came away inspired. Next year, Europe, London and Bristol are on my radar!

You can find more information on the Wordcamp Brisbane 2017 website.

Spread the love
Previous
Back to blog home
Next